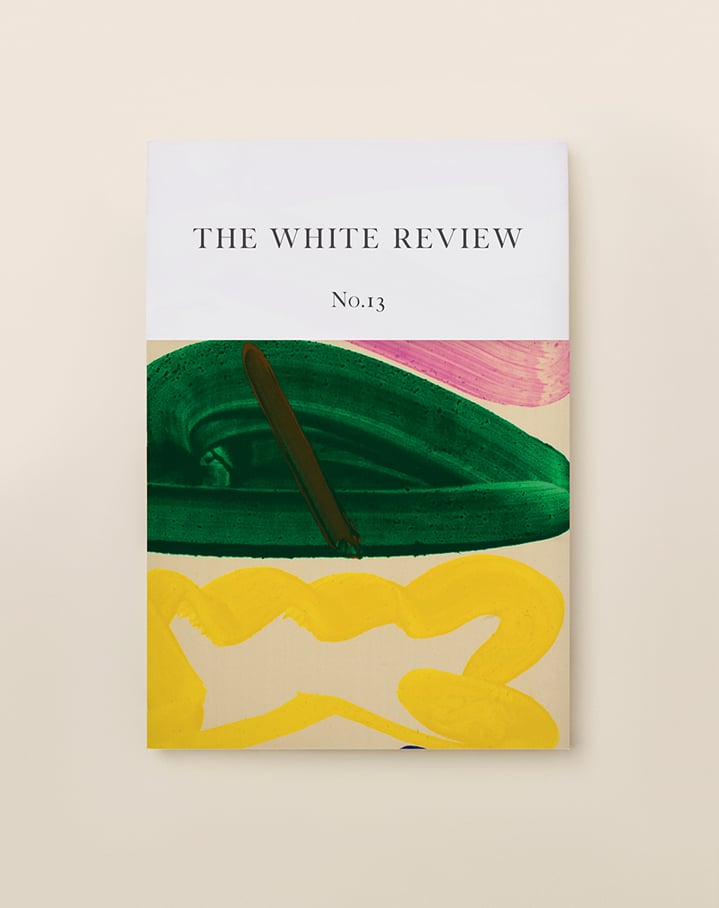 The White Review No. 13 opens with an interview with poet and novelist Ben Lerner, touching on what it means for art to be politically engaged. Painter Lynette Yiadom-Boakye discusses the confluence of technique and feeling in her portraiture, while novelist Michel Faber talks about love, loss and language.

The potential of art to accurately capture the human subject is a theme taken up by painter Luke Rudolf and the photographer Daisuke Yokota in two series reproduced within. New forms, and new grammars, are characteristic of the celebrated work of Jorie Graham - featured here - and the British poet and sound artist Holly Pester.

Self-declared left wing anarch Federico Campagna, meanwhile, considers whether the new Pope might really be the unlikely saviour of the global Left, while Enrique-Vila Matas (translated by our very own J.S. Tennant) reflects on Roberto Bolano and the 'times when writers were like gods and lived in the mountains like craven hermits or lunatic aristocrats'.

Back in London, Jon Day recounts stories from the curious subculture of the capital's bicycle couriers and the 'heroic age' of cycling, One of Britain's most innovative young writers, Helen Oyeyemi, contributes a new story, and we are delighted to print a section from Edouard Leve's newly-translated (by Jan Steyn and Caite Dolan-Leach) 'Newspaper'. In an excerpt from his forthcoming novel, Paul Murray presents a Dublin banker whose already unreal lifestyle threatens to fade into fiction.

*Following changes to EU VAT from 1 July, orders shipping to the EU may be subject to additional customs fees upon arrival. This will vary by country and unfortunately we’re not able to cover the additional charges. We apologise for the inconvenience.*