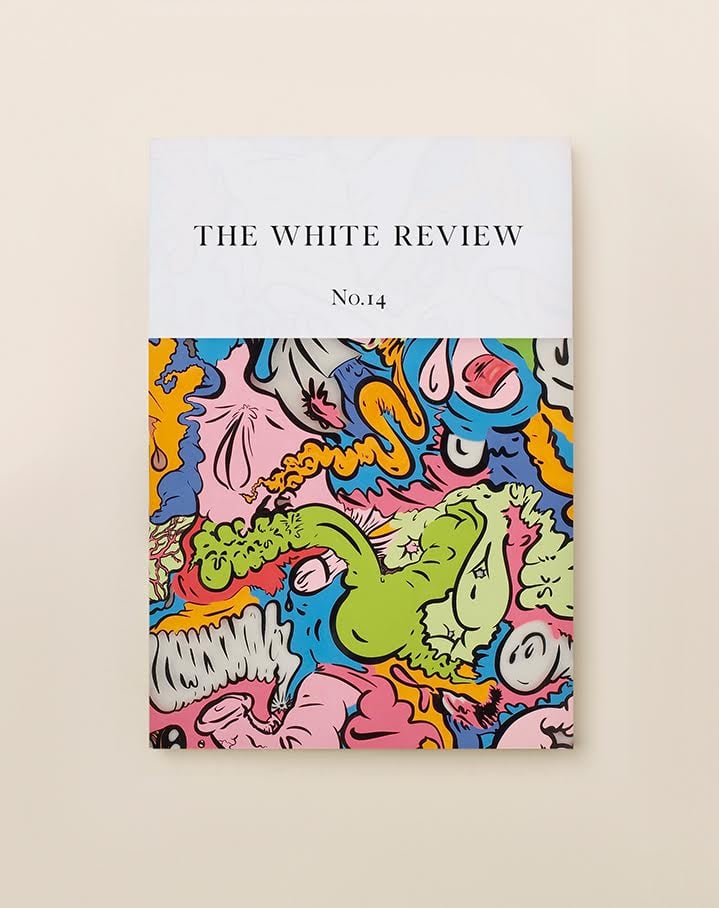 The White Review No. 14 features interviews with the art critic, historian and co-founder of October magazine Hal Foster; British artist Mark Leckey, whose hugely influential film ‘Fiorucci Made Me Hardcore’ was memorably described by Ed Atkins as 'better than art'; and the novelist Rachel Cusk, who talks about her commitment to 'writing sentences that aren’t the product of sentences written by other people.’

Emmanuel Carrère, a long-time favourite of The White Review, contributes a newly-translated piece reflecting on his search for 'the dice man', an American author whose account of giving his life up to chance has inspired a cult following to do likewise. In his account of another underground movement, Thomas Dylan Eaton reflects on 'Necrorealism', an punk-infused, dadaist art collective that flourished in Russia during Glasnost. Elsewhere, John Douglas Millar queries the current vogue for conceptual poetry, wondering if it is anything more than a thin copy of a worn-out conceit borrowed from the art world. The young Irish writer Kevin Breathnach, meanwhile, debuts in the magazine with an essay on the difficulties of being an Irishman in Madrid in the middle of winter. 'I had not given the idea of living alone much thought,' he writes. 'What do people do? I unpacked a bit. I tried to get the internet working.'

Painter and sculptor Henning Bohl's playful, minimalist explorations of three-dimensional form and the possibilities of representation occupy our central pages; emerging British artist Oliver Osborne contributes a pull-out insert; and our cover is by Chicago-born feminist painter Sue Williams.
2013 Granta Best of Young British Joanna Kavenna's short story 'Beetle' is an unsettling, surreal account of how to disappear in a surveilled society, and we are delighted to publish the winner of our 2015 Short Story Prize, Owen Booth's picaresque 'I Told You I'd Buy You Anything So You Asked For A Submarine Fleet'. We also present poems by one of the UK's brightest young talents, London-born poet Rebecca Tamas, and Zimbabwean poet Togara Muzanenhamo.

The issue will be sent out to subscribers on 1 August 2015.